Recently, I held my breath as, once again, the Corporation for Public Broadcasting struggled to survive while Congress debated its value.

“Conservatives often argue that public broadcasting skews left, yet studies show the opposite. If anything, NPR leans more than halfway to the right in the numbers of conservative experts it interviews, think tanks it contacts, and politicians it covers.” 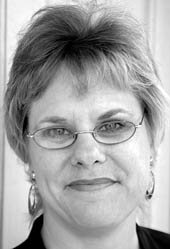